Western Europe is located in the temperate zones of the world. This means that real big insects are scarce. The biggest beetle in our parts of the world is the Stag Beetle. It may reach a length of some 75 mm, but a large portion of the animal exists of the enormous jaws. Without them the animal reaches some 35 mm, so actually it isn't that big at all. On this page we have put beetles found in our garden belonging to families comprised of relatively big species, such as Carrion Beetles and the Chafers. There is no scientific reason putting these families together, though. Some families are not even closely related at all. 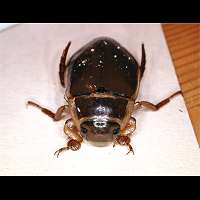 The Water Tiger is one of the biggest beetles in Western Europe. more... 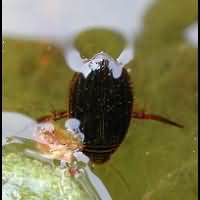 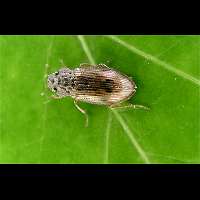 The fan at the end of the antenna of the male May Bug consists of 7 parts. more... 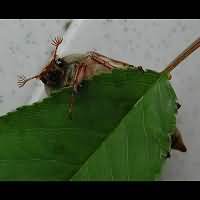 The fan of the female May Bug consists of 6 parts. more... 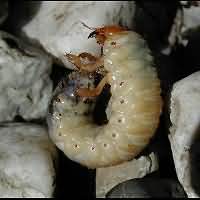 The white grub (larva) of the May Bug is known as rookworm. more... 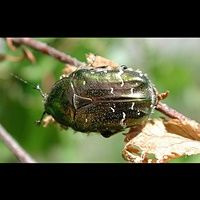 The Rose chafer is a beautiful and impressive beetle. more... 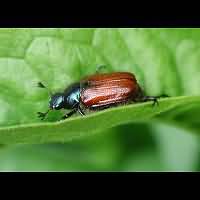 The Garden Foliage Beetle can be devastating in lawns. more... 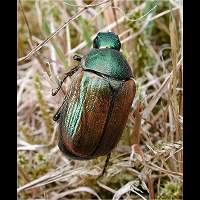 The Margined Vine Chafer quickly conquered most of Europe. more... 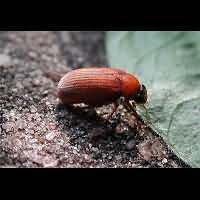 The Brown Chafer is a cousin of the May Bug, which can walk very well. more... 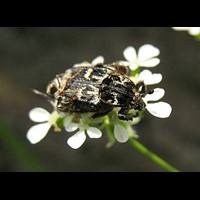 The Checkered Beetle is not a British species, but has been introduced to the USA and Canada. more... 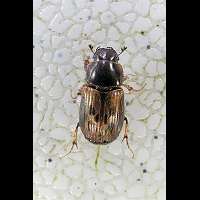 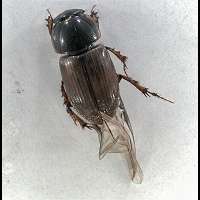 Much favoured as source of food in spring by crows, jackdaws and rooks: Aphodius prodromus. more... 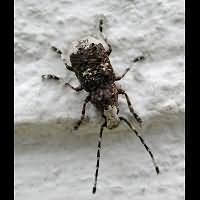 The White Fungus Beetle looks like it is molded all over. more... 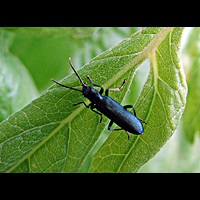 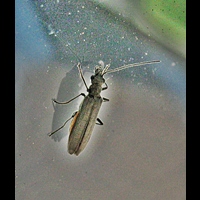 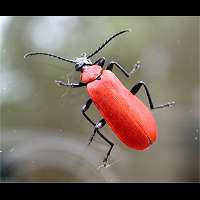 The Black-headed Cardinal Beetle is not a very common species and rarely visits gardens. more... 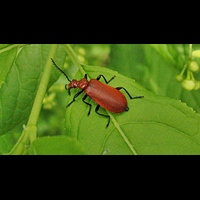 The Red-headed Cardinal Beetle is much more common than its black-headed nephew. more... 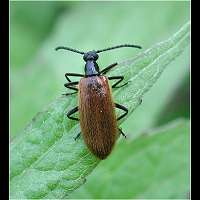 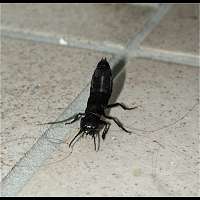 The Devil's Coach Horse is sometimes mistaken for a small scorpion. more... 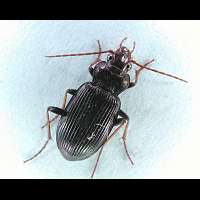 Nebria brevicollis is a ground beetle which can be seen even in the centre of big cities. more... 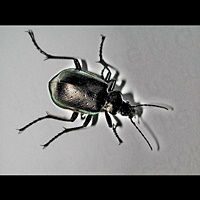 The Lesser Searcher Beetle eats the caterpillars and pupae of among others the Oak Processionary. more... 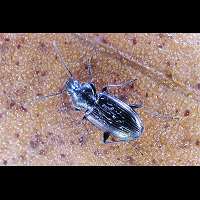 It is not certain, but this could be the unicoloured version of Agonum muelleri. more... 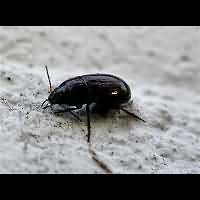 Amara species usually can not be identified from just a picture. more... 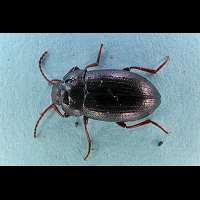 Nalassus laevioctostriatus looks like a Ground Beetle, but actually belongs to its own family, called Darkling Beetles or Darkening Beetles. more... 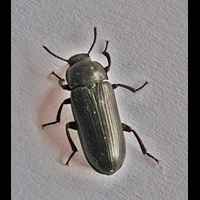 The larva of the Mealworm Beetle is better known than the adult beetle is.more... 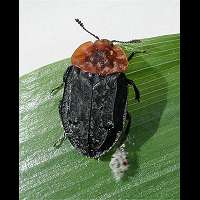 Oiceoptoma thoracica is a beautiful, but badly smelling species. more...