Woodlice are arthropods too. But they are not closely related to centipedes, spiders or insects. They are crustaceans. They breath through lungs on their hind legs. These lungs must always be kept moist, otherwise they don't work. Woodlice is thus always found in rather damp conditions. Long hot summers may kill many of them. Woodlice make up a rather uniform group of small animals. The smallest is around 0.5 centimeters. The biggest species don't grow over 2 centimeters. The best way to find woodlice is in damp places, such as old cellars, or under rocks or logs. It is common to find several species together. Very few woodlice live in water. All woodlice feed on and hardly ever on living plants. Together with earth worms and millipedes, woodlice are important recyclers in nature. Given the right opportunities a woodlouse may live up to two years.

Centipedes have one pair of legs on each segment of their body. They can rund well and all are carnivores. They are capable of injecting a poison into their prey to paralyze it. The bite of the biggest species are dangerous even for humans. It is not lethal though, except for people with a specific allergy. The biggest centipedes live in South America and may grow to a length of some 30 centimeters. They even eat birds and mice. Some of these big species are kept in a terrarium where they may reach the age of ten. In Western Europe we usually see two types of centipedes. Short ones, usually brown. These are fast runners. But there are also much longer species, usually yellowish that live in the ground. These move about much more slowly. Both types are found by turning stones, rocks and logs.

Millipedes have a lot of legs, but there is not one single species reaching 1,000 legs. But some species do have 130 pairs of legs, which means they have 260 legs. If you have that many legs, you better be be careful not to trip over them. That is why millipedes walk relatively slowly. The true reason why they are so slow is that the two pairs of legs do not move simultanously. Just picture that in your head and you'll see that you can't run fast that way. Millipedes do not have any poison. They don't need it, for all eat plants, decaying plants or even dead animals. Some species produce a badly smelling substance in defense, just like the Stink Bugs do. Some people keep millipedes in a terrarium. The biggest species may be 20 centimeters long and live up to nearly ten years. 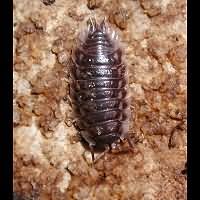 The Common Shiny Woodlouse is a very common species, often seen together with the Common Rough Woodlouse. more... 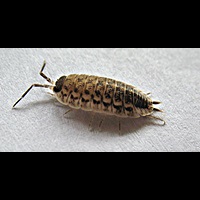 The Painted Woodlouse is often found on dry places near humans. more... 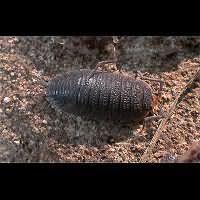 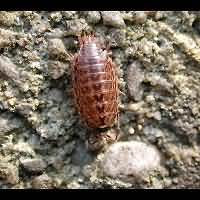 The Common Striped Woodlouse usually is rather colourful species. more... 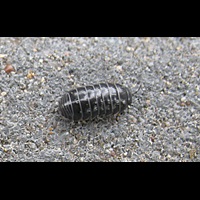 The Pill-bug is capable of rolling into a ball when in danger. more... 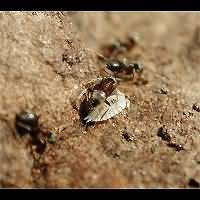 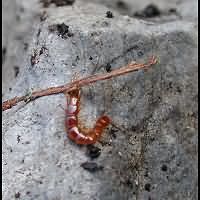 One of the many fast runners: the Stone Centipede. more... 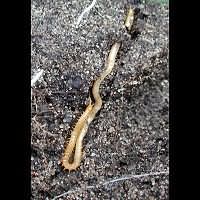 One of the tallest centipedes in Western Europe: the Ground Lover Centipede. more... 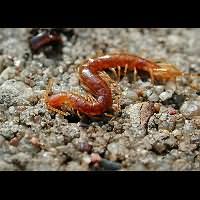 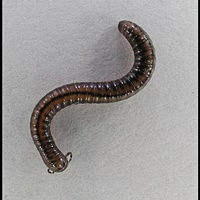 Brachyiulus pusillus loves climbing. It is often seen high up in trees, or on walls or fences. more... 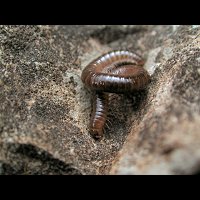 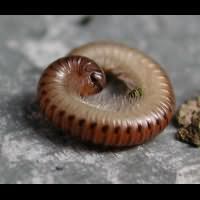 The Blunt-tailed Snake Millipede has some 100 legs, yet it moves about slowly. more... 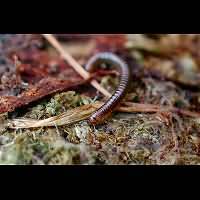 In the genus Julus there are some four species in Britain. They are hard to tell apart, but this is most likely Julus scandinavius. more... 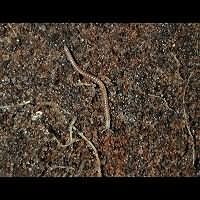 The Red-spotted Milliped is quite a beautiful animal. more... 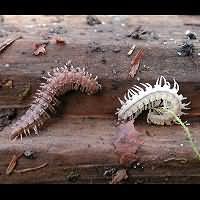 The Flat-backed Millipede is a very common species in gardens. The white one has just moulted. more...