The majority of molluscs live in water and most of them live in the seas. A number of them has adapted to living on the land and the best known of them are the slugs and snails. Both groups occur in our garden and some birds eat them. I have an impression that the slugs are less often consumed by birds. The Song Thrush simply loves snails. He uses stones and a paved path in the garden where he crushes the shells of the snails. Slugs and snails can be a pest in your garden. They have a very special feauture: they are hermaphrodites, which means that they are male and female at the same time! So when mating you will see two male organs and all snails and slugs may lay eggs!

In most gardens there are many more snails and slugs than you might think. Many species are small, very small and overlooked by most of us. Just turn around some stones or old wood and in most cases you'll find some snails attached. Many species are all less than one centimeter in length, so you really have to look carefully! The eggs of snails and slugs can be found in all gardens, especially in moist places. They do look like small crystal balls. Actually they can be used to foretell the future: one day small snails or slugs will crawl out of them! 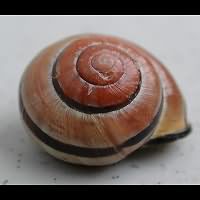 The White-lipped snail is not a very common species. more... 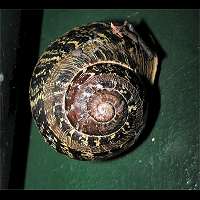 In Western Europe the Brown Garden Snail is one of the biggest and most beautiful snails. more... 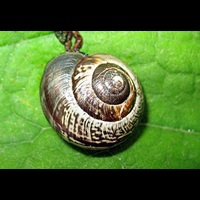 The Copse Snail looks like the Brown Garden Snail, but the shell is much flatter. more... 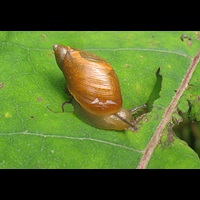 The Common Amber Snail has a very elegant shell. more... 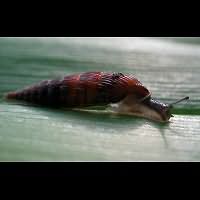 The Common Door Snail or Thames Door Snail is a beautiful, but small creature. more... 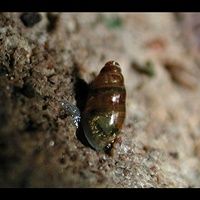 In spite of the impressive name, Glossy Pillar, this is a very small snail indeed. more... 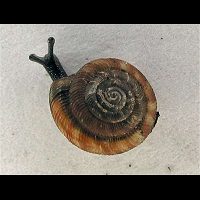 In the USA the Round Snail is better known as the Rotund Disc. more... 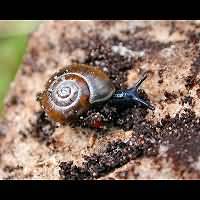 The Dark-bodied Glass Snail itself is greyish/blueish black. Towards the foot the animal gets slightly lighter. more... 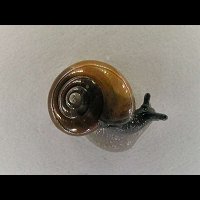 Tickle this species and it will smell like garlic. Thus also known as the Garlic Snail.more... 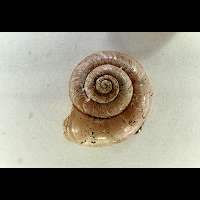 The Clear Glass Snail is also known as the Waxy Glass Snail or the Reddish Aegopinella. more... 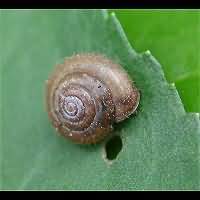 There is no doubt about it: this is the Hairy Snail. more... 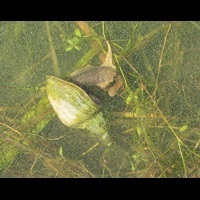 The Great Pond Snail lives in water and is the largest snail in Britain. more... 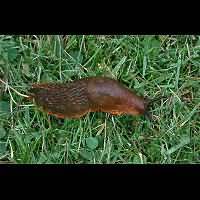 Often seen in gardens in great numbers: the Large Red Slug. Mind you, it is not always red, but could be brown, black, yellow, white or orange. more...

There used to be one species, the Black Field Slug, but now there are three, including this Garden Slug. more...

Because of the way it looks and the way it behaves the Great Slug is also called the Leopard Slug. more... 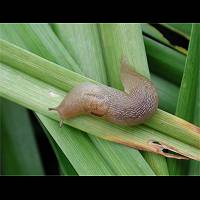 The Three-band Gardenslug is rapidly conquering the world. more... 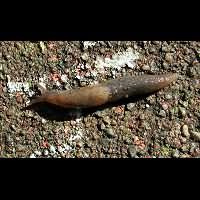 The Grey Garden Slug is the most devastating slug in the garden. more... 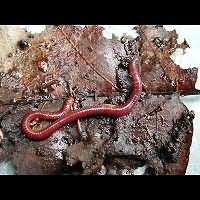 The Earth Worm is food to a lot of anmials. more... 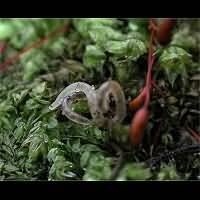 The Whiteworm is the white nephew of the Earth Worm. more...